I feel fortunate to have had several opportunities to show my calligraphies to the public. In December 2011 my works were exhibited in Csepel Community Centre; recently I was commissioned with the creation of a calligraphy board for the tea-room in the Shuhari Dojo and a calligraphy for the VIP opening ceremony of Sakura Sushi restaurant. Some other calligraphies of mine are permanently exhibited in Paper Tiger Chinese restaurant and I also make calligraphies for dojos from time to time.

I learned everything I exhibited here from my first master, Tsujikawa Yuka sensei (japankalligrafia.blog/hu). Most of these calligraphies were made under his guidance.

The exhibition of my calligraphy works in Csepel Community Centre was open throughout December 2011 in Gallery 21. 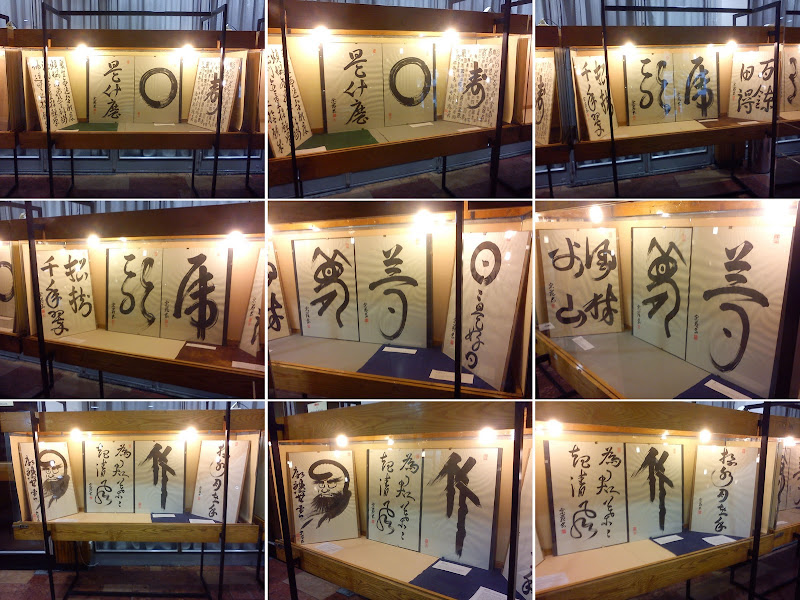 On October 7, 2011 the Community Centre in Oroszlány hosted a Japanese doll exhibition titled: “Cultural Adventures to Japan” and I had the honour to contribute to the event with some of my calligraphies. What follows are a few pictures of this event taken by Mariann Feer and Zsolt Horvát. 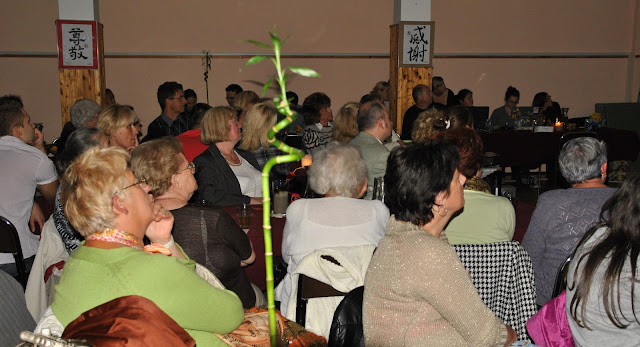 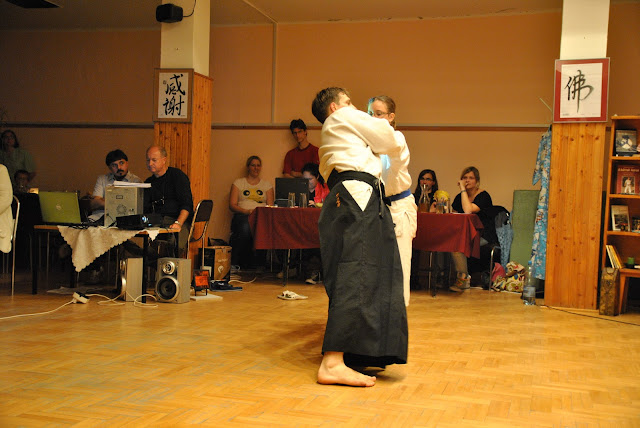 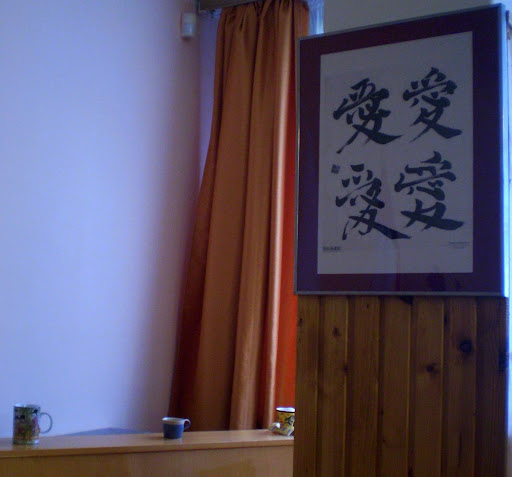 Photos taken at the venues I mentioned earlier.

In the picture gallery “Lecture, workshop, works in action” I share information about events I take part in either as a lecturer, artist or teacher. I would like to show where one can “bump into” my calligraphy works.

One of these places is Sakura Sushi Japanese restaurant, the opening ceremony of which I was invited to. During the ceremony I made a Sakura Sushi sign (in a brush pen, now beautifully framed in a golden frame by the owners). This sign can be found in an alcove of the restaurant.
The other place is Shuhari Dojo where I created the “Kissako” sign during the opening ceremony of their tea-room.

I was also invited to make Chinese calligraphies for Paper Tiger restaurant, of which the first two (the sign of the Tiger and Dragon – important Chinese signs and the name of the restaurant) now decorate the facade of the building and the third one, the sign of Luck can be seen inside. Paper Tiger is an Asian noodle and wok restaurant in Budapest, at 22. Veres Pálné street in district V. 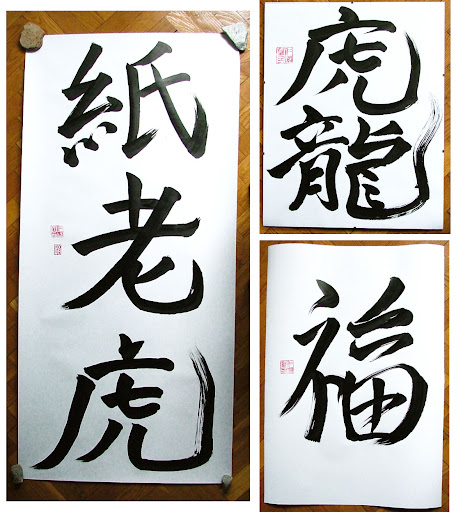 After the opening ceremony I took pictures of the calligraphies and I also tasted a delicious dessert: fried banana with coconut. Here are my three calligraphies. The first one, Tiger and Dragon (虎龍) can be found to the left of the entrance door. The second, the name of the restaurant, Paper Tiger (紙老虎) is placed on the back side of a pillar facing the entrance while the third one, the sign of Luck (福) can be found inside, in an ambient alcove. 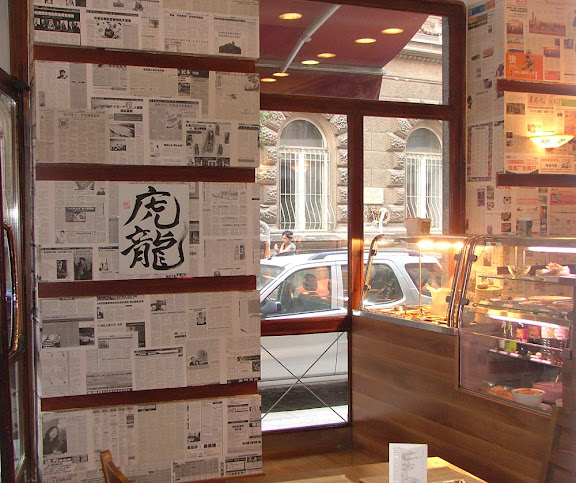 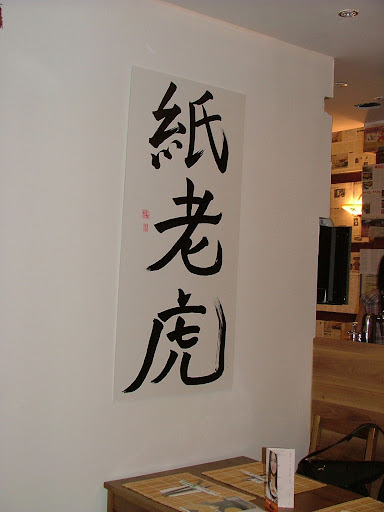 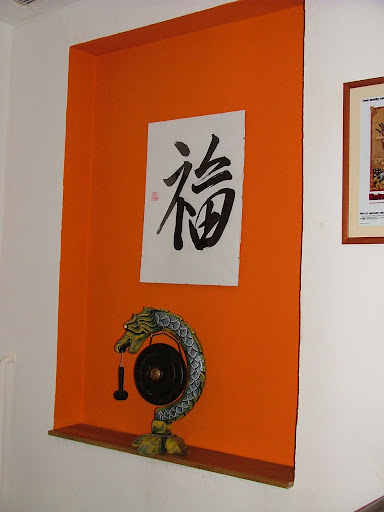 I also planned an exhibition in BumBum Gallery, which proved to be a manifold, difficult task. It is never easy to get prepared for an exhibition, even if the owner of the gallery provides professional background to it. First several calligraphies were made and then the best ones were selected for the
exhibition. Then we waited for the frames to arrive, but they never came because the manufacturer failed to meet the deadlines. A little later I travelled to Japan for a year and little by little all the calligraphies were sold. Here I would like to show you some of my completed works for this
exhibition. 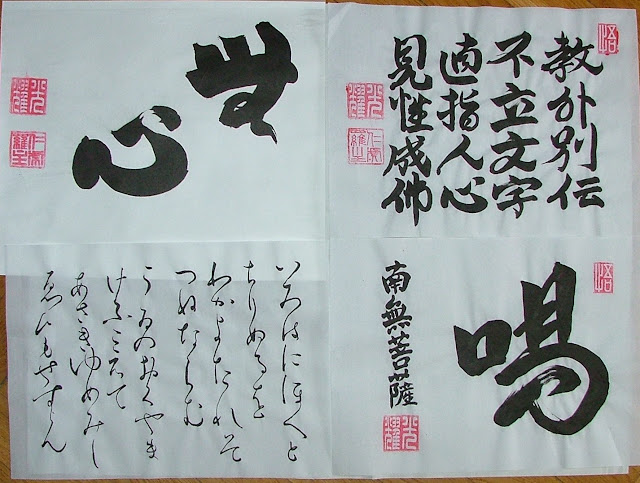 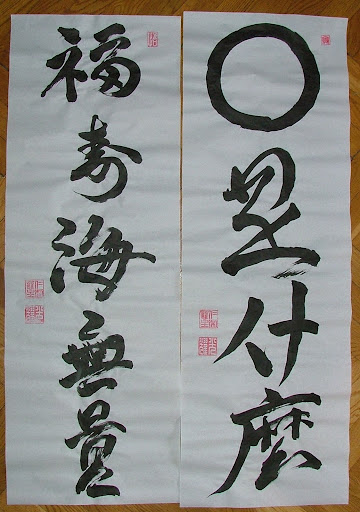 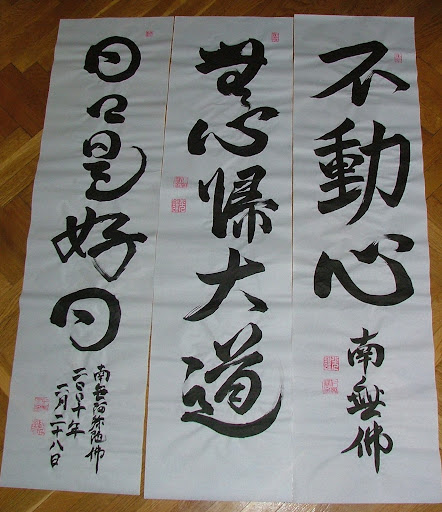 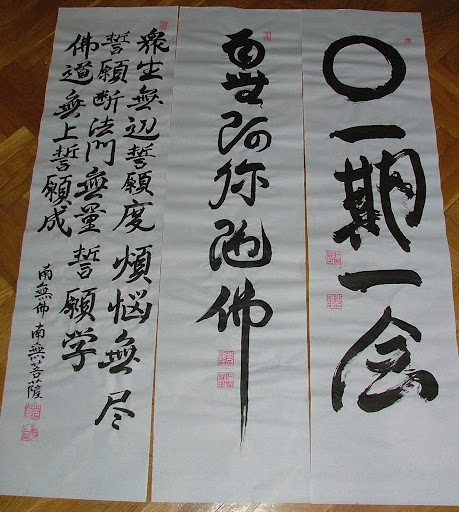